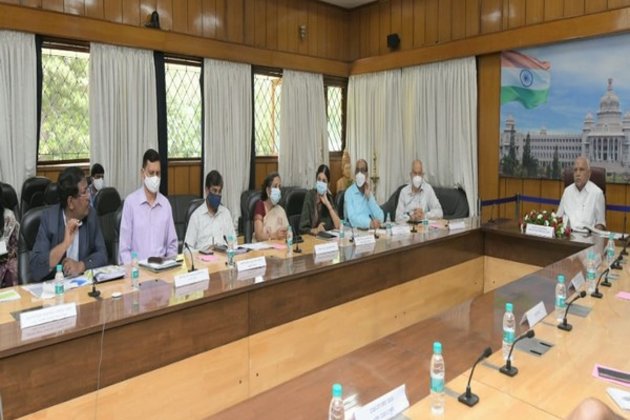 Bengaluru (Karnataka) [India], July 21 (ANI): During the meeting held to review the progress of 96 Central government and Centrally Sponsored Schemes across 24 departments, Karnataka Chief Minister BS Yediyurappa on Tuesday instructed the officials to fast-track implementation of these projects to boost economic recovery post-pandemic.

Yediyurappa also held a virtual meeting with the deputy commissioners and chief executive officers of districts on rain damages and remedial actions taken so far.

The Chief Minister informed the meeting that the money will be released to buy sophisticated equipment to prevent flooding.

Yediyurappa advised the deputy commissioners to utilise the funds already available in their personal deposit accounts to deal with the flood situation.

He said that a special team should be formed to identify rivers and places where landslides might happen.

The Chief Minister directed officials to evacuate people in areas prone to landslides to safe areas in advance.

In case of crop damage, immediate action will be taken to distribute relief funds, said the CM.