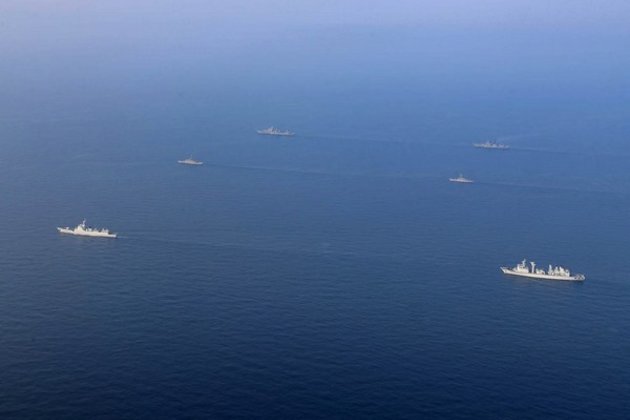 Jakarta [Indonesia], May 26 (ANI): Indonesia is considering holding joint military exercises with the US on the Natuna Islands, near China's self-proclaimed territorial line and an emerging flashpoint in Beijing's maritime expansion in the South China Sea.

The islands would be one of the locations for this year's Garuda Shield war games slated to take place for two weeks from August 1, Nikkie Asia reported citing sources. The US and Indonesian militaries have hosted the exercises since 2007, as per the media outlet.

Indonesia's exclusive economic zone surrounding the islands partially overlaps with the so-called "nine-dash line" drawn up by Beijing to demarcate its jurisdiction in the South China Sea.

Although Natuna lies outside the nine-dash line, Chinese fishing boats and government vessels have been spotted near the islands and Indonesia has stationed troops in the archipelago.

Indonesia is exploring plans to hold landing drills with the US in the Natuna area. If these exercises do take place, they would likely envision the recovery of islands occupied by enemy forces.

This year's Garuda Shield will involve 14 countries, including observers. They include US allies Great Britain, Australia and Canada, according to the earlier source, as well as Indonesian neighbours Singapore and Malaysia.

Furthermore, Japan's Ground Self-Defense Force too, will participate in the Garuda Shield for the first time.

The Quad security framework has been established as a regional counterweight against China. But only three members -- Japan, the US and Australia -- will take part in the Garuda Shield, while the fourth member, India, is not on the list.

During the QUAD summit on Tuesday, the member countries pledged to meet challenges for ensuring rules-based maritime order, including in the East and South China Seas, and strongly opposed any coercive, provocative, or unilateral actions that seek to change the status quo.

"We will champion adherence to international law, particularly as reflected in the UN Convention on the Law of the Sea (UNCLOS), and the maintenance of freedom of navigation and overflight, to meet challenges to the maritime rules-based order, including in the East and South China Seas," read the Joint QUAD statement.

"We strongly oppose any coercive, provocative or unilateral actions that seek to change the status quo and increase tensions in the area, such as the militarization of disputed features, the dangerous use of coast guard vessels and maritime militia, and efforts to disrupt other countries' offshore resource exploitation activities," it added.

The Quad leaders committed to cooperation with partners in the region who share the vision of a free and open Indo-Pacific. (ANI)