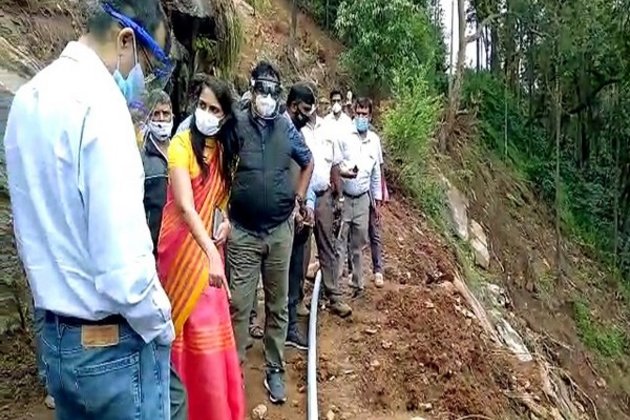 Guwahati (Assam) [India], May 27 (ANI): The Inter-Ministerial Central Team (IMCT) from the Ministry of Home Affairs on Thursday reached Guwahati to examine the districts affected critically due to the flood in Assam and interacted with the State Revenue Department and the officials of Assam State Disaster Management Authority. One group of the IMCT team, comprising the leader Ravinesh Kumar, FA, NDMA; Anjali Maurya, Assistant Director of Department of Expenditure, Ministry of Finance; Adelbert Sungi, Regional Officer of Ministry of Road Transport; P. Vijay Bhaskar Reddy, Joint Secretary and Joint CEO, ASDMA, have scheduled their visit to flood-hit Cachar on Friday and will be visiting Dima Hasao on Saturday (May 28). Another group of IMCT, including Jintu Das, Joint Director of Ministry of Agriculture; Ajay Kumar Sinha, Superintendent Engineer of Ministry of Jal Shakti; Kailash Shankla, Under Secretary of Ministry of Rural Development, Government of India will visit Darrang, Nagaon, and Hojai on today and tomorrow (May 27 and May 28).

Although the overall condition has significantly improved in the state, the ASDMA reports suggest nearly 3.68 lakh people in Nagaon, alone, continue to remain affected while as many as 1.50 lakh people in Cachar and 41,036 in Morigaon district are distressed.The death toll due to flood and landslides raised to 30 after two persons in the Nagaon district were reported dead after drowning in the flood.

The report further stated that 47,139.12 hectares of cropland and 956 villages are still under the water and 66,839 people are currently lodged in 295 relief camps. (ANI)