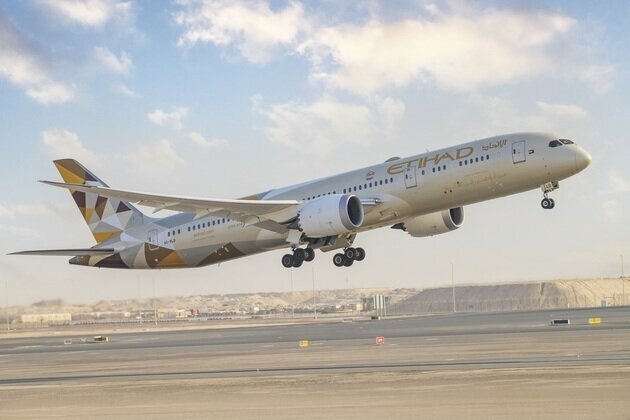 ABU DHABI, 13th January, 2023 (WAM) -- Official Airline Guides Database (OAG), the global aviation analytics group, has named Etihad Airways, the national airline of the United Arab Emirates, as the most punctual airline in the Middle East and among the most reliable in the world.

In its Punctuality League rating for 2022, OAG listed Etihad as the best in the GCC region.

Etihad has achieved an on-time arrival performance within 15 minutes of 81 percent. It also continued to maintain one of the lowest cancellation rates worldwide, ensuring an enhanced guest experience with trustworthy flight schedules.

Mohammad Al Bulooki, Chief Operating Officer of Etihad Airways, said that delivering a safe and reliable airline operation is always the first priority. "Our commitment to our guests, flying for business or leisure, is that Etihad delivers to its schedule; the airline continues to strive to increase its reliability through the efforts of its people and the deployment of technology and innovation."

On-time performance is defined by OAG as a flight arriving within 15 minutes of its scheduled time, a standard measure within the airline industry, taking into account the range of variable factors which can affect operations.

Etihad's home base, Abu Dhabi International Airport, was also placed in the top five most punctual airports in the Middle East.