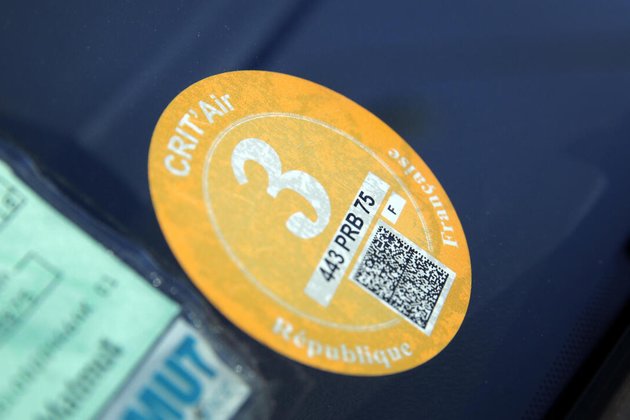 With the gradual introduction of low-emission zones across France, more people are taking to the internet to purchase their Crit'Air stickers.

The anti-pollution scheme was launched in 2017 and consists of a colour-coded system that identifies a vehicle's emissions.

Graded over six categories - from green at the top, to dark grey at the bottom - the least polluting vehicles are afforded preferential parking and traffic conditions.

Since the scheme's inception in Paris five years ago, sticker scams have gathered pace.

According to William Hippert, head of the Strategic Analysis Service of Organised Crime (Sirasco) police unit, the Crit'Air scams hit a high in 2022.

"These statistics are probably below the reality, but they show an acceleration," Hippert said.

French police have identified two main types of online fraud. The first consists of creating a fake website that is well referenced and uses the visual codes and layout of the official website, where potential victims are invited to give their bank details.

The second uses the technique of "phishing" by SMS or email from illegally created databases to direct the victim to the fraudulent site.

"After an initial call, the scammer phones the victim pretending to be their banker to warn them that they have been scammed and asks for access to their accounts to supposedly cancel the transaction," Hippert explains.

The Crit'Air sticker - which costs €3.72 - can only be obtained on the official government website and bank details are never demanded.

Currently, 11 cities have set up low-emission zones requiring the payment of a sticker, including greater Paris, Lyon and Strasbourg.

By 2025, 43 French towns with a population of over 150,000 inhabitants will have to roll out their low-emission zones in accordance with France's climate laws.